Life of Pi. Proof of God.

I came to Life of Pi as a conflicted soul.

On the one hand I, like everyone else, had been bludgeoned to death by the trailer for what seemed like an eternity. After initial interest I became determined NOT to see this film. The rich visuals and beautiful concepts show-cased in the trailer  began to irritate me by the 99th viewing.

On the other hand it had been getting some great reviews and my only other alternative this evening was “Hitchcock“. I was however convinced that the film would be a 127m version of the trailer that I already despised.

So I began watching the film this evening with low expectations. And was blown away.

Life of Pi is based on the celebrated 2001 Yann Martel novel and is directed by Ang Lee. The story begins with the adult Pi recounting the story of his life to an author who has given up writing his own novel.

The film stars Suraj Sharma as the young Pi, Iffran Khan as the Older Pi, Adil Hussain as Pi’s father, Tabu as Pi’s mother and an entertaining cameo by Gerard Depardieu as a less than helpful ship’s cook.

Pi the younger was an unconventional child in an unconventional family. They run a large zoo in Puducherry on the east coast of India. Highly attuned to spirituality, justice and beauty young Pi is at once naive and wise. He even believes there is a soul in all animals. So when he foolishly gets too close to the Zoo’s main attraction – a Bengal Tiger called Richard Parker – his angry father makes him watch while the Tiger devours a goat – as a graphic lesson that animals are just animals at the end of the day.

As he gets older Pi experiments with various religions to the consternation of his father who counsels Pi to adopt a more rational view of the world. To protect himself.

His father, for various reasons, decides they must close the Zoo, move to Canada and sell the animals leading to a long sea journey. On this journey the ship sinks during a dramatic storm and Pi is trapped on board a life-raft with the tiger, Richard Parker and desperately battles for survival – against the sea, the elements, the tiger and his own imagination.

There are many moments in this movie that are visually stunning, beautiful and rich beyond the usual experience in the cinema. The 3D wasn’t obvious – it was enough to add to the rich texture of the film. But Life of Pi is more than visuals. I became invested in the strange little character that was Pi. His struggle to survive – whilst maintaining his core identity and beliefs – had several emotional and breathtaking highlights. Both between Pi and Richard Parker and when Pi is relating his tale to the author.

My only gripe is that Rafe Spall was underpowered in his performance as the writer in receipt of the older Pi’s story. I wouldn’t trust him with my coffee order, let alone a tale both as fragile and as big as this one. But in the grand scheme of things this is a small complaint. 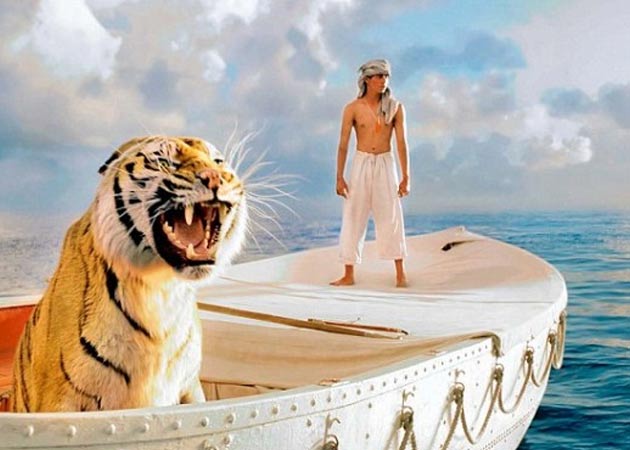 So all in all I don’t usually give much thought to spiritual matters, but after seeing “Life of Pi” in the words of Marc Cohn:

“Tell me are you a Christian child?” And I said “Ma’am I am tonight!”

Author of The Reactionary Mind: Conservatism from Edmund Burke to Sarah Palin

LIFE IN MOTION AS A SINGLE HOT MESS MOMMA

My Reviews - Film and TV

No Place For Sheep

Dedicated to the support and promotion of Australian made films through independent news, reviews, features and interviews.

I watch a lot of films. And then I write about them.

this is... The Neighborhood

the Story within the Story

All About Film, TV, Music, Games, and Life

A blog for all things Australian